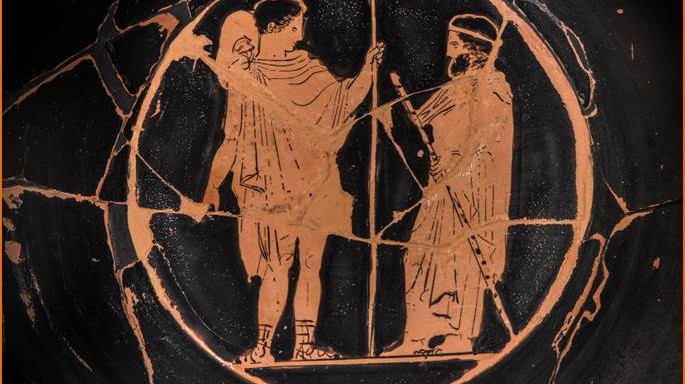 0%
Pledged in January 2017 Donors:  Associate Patrons of the Arts in the Vatican Museums The project aims to restore 13 ﬁgurative vases of Attic production, all of which are displayed in showcase D in the ... Read more

Donors:  Associate Patrons of the Arts in the Vatican Museums

The project aims to restore 13 ﬁgurative vases of Attic production, all of which are displayed in showcase D in the room dedicated to the Astarita collection, as the Attic vases are part of this group. The project involves a review of artists that use the red ﬁgures technique and that were prevalent between the Late Classical Period, up until the era of Hellenism (400 BC to 340 AD). The style and skillfulness of the painter have, at this point, gone beyond the simple reproduction of the real and instead focuses on the representation of feelings. More speciﬁcally, the man’s world has precedence, both in the public and private sphere, as portrayed in the cultural scenes and in the athletic contests. The concept of war, on the other hand, is evoked only by the intimate scenes of a young man bidding farewell. Special attention is given to the feminine world.

This is also true in the scenes portraying the gods that encounter man’s life. For example, one may ﬁnd a prevalence given to the feminine world in the episode with Poseidon and Amymone. Amymone is one of the daughters of Danaus, with whom Poseidon had a son after he saved her from the pitfalls of a satire, resulting in a gushing spring. This scene can be found in the crater calyx that belongs to the Monaco Group 2388 [The Group of Munich 2388] (350 BC-325 AD). Furthermore, one may ﬁnd a noteworthy crater made by the Painter of the Phiale that depicts men and women dancing. In addition, this gallery features two klixes, (inv. 35262) the ﬁrst of which depicts a sacriﬁce on an altar of a pelike made by the Painter of Peleo, and the second is from Aison, both depicting a farewell of a young man. Both of which can be dated back to 430 BC. Lastly, one may ﬁnd an athlete that is tending to ablutions after the fatigues of the contest, which is represented by the Painter of the Frontal Warrior from approximately 400 BC.

The Associate Patrons are excited to have completed their second restoration project.

The vases were periodically restored throughout the twentieth century. The materials that were used at the time for the restoration have partially deteriorated and need revision, both with regards to the conservation and to the aesthetic. The new intervention will be carried out with current material and criteria, in order to give back visibility to this important section of the collection.